The other day a patient asked me what I thought Kylie Jenner did that would have caused the changes we see in recent magazine pictures. While I certainly have no knowledge if she has had any procedure, and I can only comment based on supposed before-and-after pictures, the pictures I have seen show fuller lips. Especially the upper lip, which I think looks large and overdone relative to her lower lip. She also appears to have more volume in her cheeks. She may have also had a bit of browlifting; pictures that I have seen show a more arched outer edge of brow than before.

Kylie Jenner’s age brings up the question, is plastic surgery okay for people under the age of 18? Cosmetic procedures can indeed be done safely and ethically on patients under 18. In fact, ear reshaping is best done before 6 years old so children will avoid the peer ridicule that begins primarily in first grade. Nose reshaping or Rhinoplasty is also well accepted to occur before adulthood, particularly in females below 18 as long as they have reached their adult height as confirmed by their pediatrician. Boys tend to finish their growth spurt later and therefore their noses may not have completed growing by age 18. 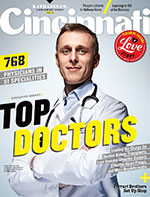 Dr. Donath named one of Cincinnati’s Top Doctors of 2018!