Quality procedures & results.
Best treatment by staff and Dr. Donath. I continue to recommend you to my friends. 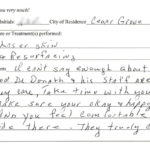 I can’t say enough about how good Dr. Donath & his staff axe. There care, take time with you make sure your okay & happy.
And you feel comfortable while there. They truly care. The Staff & Doctor were very understanding & did sued a good job.
I would recommend them to any one. 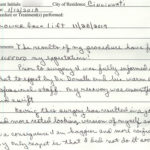 The results of my procedure have for EXCEEDED my expectations!
Prior to surgery I was fully informed of what to expect by Dr. Donath and his warm and professional staff. My recovery was uneventful and swift.
Having this surgery has resulted in a younger and more rested looking version of myself and as a consequence I am happier and more confident. My only regret is that I did not do it sooner. I am extremely happy and satisfied with my results. Dr. Donath and his staff provided great patient care and have continued to follow up with me through recovery. I couldn’t be more pleased.

I would like to thank Dr. Donath and his wonderful staff for making my procedure as easy as possible, I felt very well cared for and supported and the end result was fantastic! I am extremely pleased with the results! I’ve been told I look 10 years younger! Dr. Donath and his entire staff were all extremely professional, caring and quite friendly. I highly recommend him and his crew to anyone considering facial plastic surgery. (P.S. I’m the 4th member of my family to see Dr. Dontah! I highly recommend Dr. Donath. In my initial consultation, he listened to what I hope to achieve and then thoroughly explained the procedure. I wanted to look “like me” only younger and more “rested”. I am overjoyed with the results. I look 15 years younger without looking fake. Thank you Absolutely, the best facial, hair, plastic surgery facility around. In regards to making me feel comfortable, and discussing my confidential options, I was pleased. But more than anything the results I received are way above excellent or what I expected. I honestly look 15 to 20 years younger than my current age (62). I chose Dr. Donath after interviewing several of Cincinnati’s top facial plastic surgeons. I chose him because I felt that he was more precise and particular about where he would make corrections and stitches. He also told me he would take 3 hours to do my operation. Others told me 1 hour.

Since having the operation, I have heard so many people astounded by my age. Several of my friends have already called to ask for consultation with Dr. Donath. I have been “carded” four times in the past month when I asked for a senior (over 50) discount!

The operation while not “a piece of cake,” was so worthwhile. I drove myself to Dr. Donath’s office the next day, as I was off of painkillers after the first 3 pills. I was out shopping alone 3 days after the operation.

As a side note, I am in a very public oriented occupation and I have noticed that the “public” treats you better when you look younger. I wish that were not true but since having my facelift, i have notice this to be true.

Dr. Donath and his staff are very professional, accommodating, and give the personal service and respect that I had hoped for. I would recommend that anyone who is not happy with their current appearance consider having Dr. Donath advise and guide them toward being their “best self.”

If you could interview any healthcare professional, who would it be and why